Kind Words is not new by any means, I got it a super long time ago - I think even before it was on Steam, though I could be remembering that wrong? For some reason I remember - as one does - unzipping a file into a folder and clicking on something inside there.

It is, functionally speaking, a kind of anonymous post office operated by a friendly deer. That's probably enough to bifurcate any audience, but let us cleave it further: this post office is designed to connect people with problems to friendly, concerned others who will respond with care and grace. I would say it exists in the infragame space, or maybe ultragame, in any case you don't earn XP. You do earn stickers and new lo-fi beats to listen to while you answer people's letters. I mean... that works for me.  I think that would probably work in real life.

I can't put my problems into a machine like this, even completely anonymously. The things that actually bother me are so bound up in shame and terror that I could never reveal them, even if I thought comfort might be forthcoming. I try to project myself just past the moment I subject myself to this device, to see what outcome I'm afraid of, and I can't discern it - it's like the timeline beyond it is just infinitely expanding white ash. I'll have to get around to that at some point I guess. But for now, I've been embroiled in enough nettlesome shit to offer something to the occasional tormented soul.

Hey! This Wednesday at 4pm PDT, we begin an excursion into the same terrifying wilds of Spokane that we plumbed with the Club PA enabled "The A.V. Club," the entirety of which you can now view on YouTube. The "C" Team has been on hiatus for a minute now; we founded that game looking at each other's faces, and that's how we want to finish it. But it occurred to me that if we changed systems and did something for a remote play game that we didn't have the other associations with, we could be together again in a way we could have some fun with. This miniseries, like The A.V. Club, doesn't require any prior knowledge of anything to enjoy it. You don't need to cram like a hundred hours of podcasts in at 4x or something. You might get some fun references if you've already spent time with us, but it's not even the same system! Tales From The Loop's 80's Movie Kids In Danger thing is its own delight as a format.  It's a game that really encourages players to take the reins, and when you have the kind of players I do…  Well, you should come see. 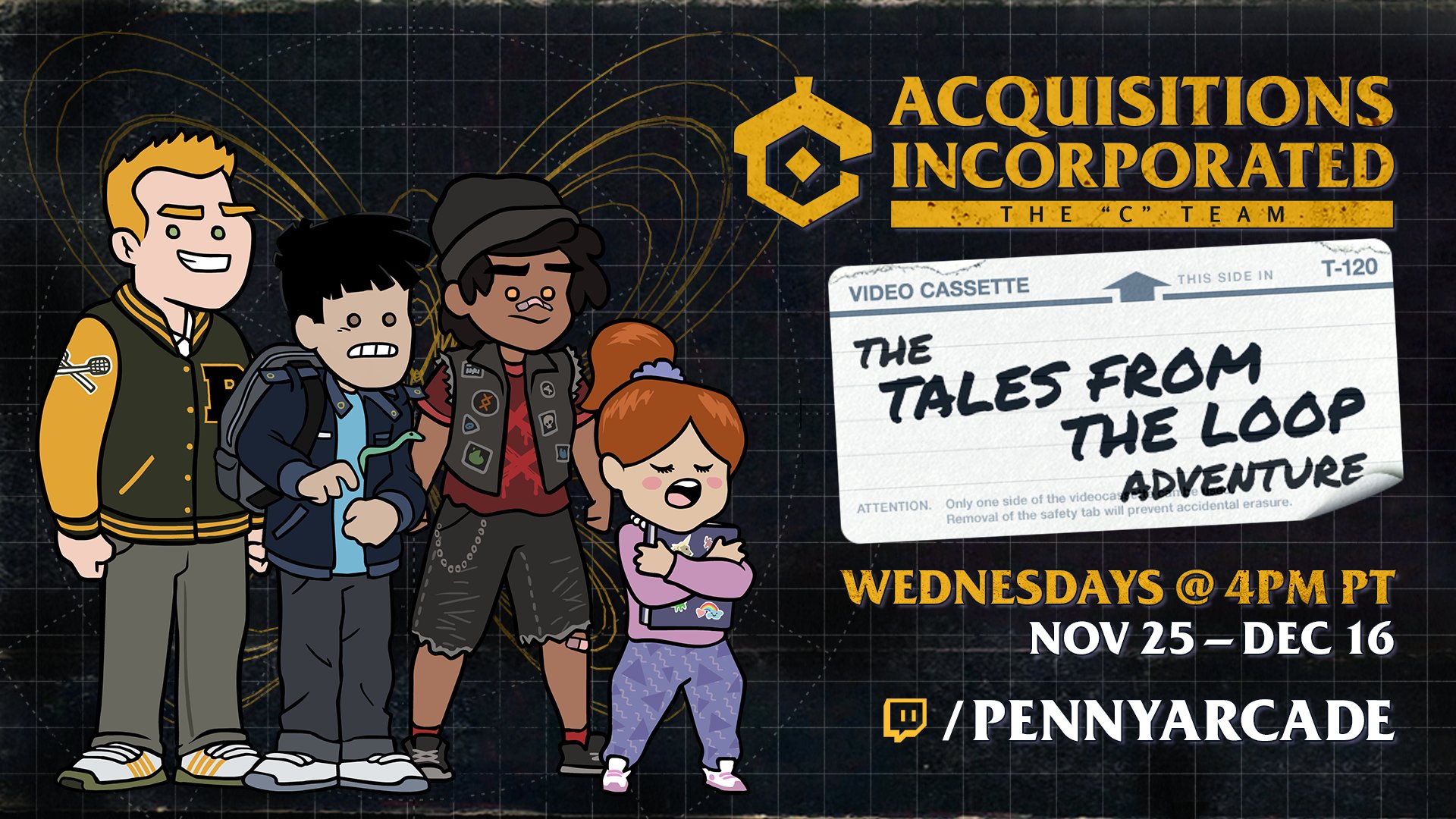